Things are getting interesting. Kitten and I agree that once my son and grandkids move out much/most of the time will be CFnm. I will be naked except for HER cage when cleaning or doing other directed tasks unless she tells me to wear a particular pair of underwear or an apron. I asked her what kind of apron, thinking she meant sheer revealing ones. She said she hadn't meant that but it sounded interested.

Fast forward to this week. I saved a number of different colors of aprons on FleaBay and showed them to her. She selected 8 that she liked, most for me but a couple for herself, and I ordered them. The first one arrived last night and after I got home I sent her a picture of me in it. (Kitten is still in the rehab hospital) This morning I got a text from her saying I should have it on and call her on DUO when I clean her bathroom.

I have a feeling I am going to get used to running around the house in a apron, HER cage, and very little else.

Kitten is still in the rehab hospital but getting better. Hopefully she will be home soon. Because she obviously can't be here I am entrusted with a key so I can remove and clean the tube to HER HTv3 every few days. No way I would even think of violating her trust. I call her when I am going to unlock for a shower and cleaning. I also call her as soon as I am through. If I am going to see her after showering I will ask if I should lock back up or bring the cage to her so she can secure her property. Usually she has me bring it to the hospital and we put a note on the door that says "Please Do Not Open Door". The nurses and aides know it means we want a few minutes of privacy but they don't know why. To the best of my knowledge one of her therapists and one friend she has met there are the only ones that know about my chastity. She has mentioned telling her nurses so they would know why we needed the privacy but I don't know if she will or not. It could be interesting if she does.

I spend the night with her a couple of times each week. Last night was one of those nights and I got permission to remove the cage, including the ring, so I could shave my shaft and balls. As expected she told me to bring the cage to her. Under normal circumstances Kitten insists that it is her right to unlock and lock HER cock. HER cage is strictly of limits to me. Last night she fell asleep before caging me. I reminded her this afternoon that we needed to attend to business and she had me make sure the nurse didn't need to come in the room for a few minutes and then had me post the note on the door. After she had the ring on she remarked that I was 'growing'. That didn't surprise me since she has been in the hospital for a month and my last orgasm was 43 days ago. Instead of waiting for me to relax a bit she started to tease me with her hands and mouth. I was told to remain still and quiet and was admonished twice for little whimpers. The last time I was told it was the final warning. I only lasted a couple of minutes before I let out a quiet moan in response to her manipulations. She said that I had been warned and started to force the tube over my nearly erect penis. She got it on, set the lock and kissed the end of the cage, teasing the tip with her tongue, before slapping me on the ass and telling me to pull up my pants.

Early in the afternoon we had gone out into one of the garden areas so she could get some fresh air and we could talk more openly without fear of someone listening in. We first discussed a problem she is having with one of the hospital staff and my reaction to it. I had threatened to introduce her to the Marine Gunny still hiding inside of me but was told not to chance getting barred from visiting and let her handle it. A girl we know from the club called her yesterday about a fantasy she wanted to live out and Kitten filled me in on that. I won't go into her fantasy but she wants Kitten to help set it up if the club owners say it is ok and to be there to make sure her limits are respected. She also said that, if Kitten wanted to unlock me, she wanted me to participate. I was told in no uncertain terms that it wasn't going to happen! I would only be there to help insure her safety.

I brought up my fantasy of being secured to a spanking bench the night of my birthday celebration at the club after the birthday dance (a free-for-all lap dance in the middle of the dance floor for the celebrants) and have some of the women help Kitten give me a birthday spanking. Kitten told me that she I would get the spanking I want but only under her rules.

1. The spanking would be given either with an open hand or with one of the instruments we provided. One of the ladies is very much into impact play and she might be allowed to use/provide additional instruments.

2. I would be blind folded the entire time so I would not know who was administering the blows.

3. Participation would NOT be limited by gender. Any men that wanted to join in would be given the opportunity.

4. The spanking might happen before the dance so I would be sitting on a VERY sore ass during the dance. Assuming she doesn't let it go beyond the traditional one slap for each year, we are talking 70 blows!

No mention of my attire was discussed but I assume I will be either naked or clad only in a thong, plus the cage, so my ass will be bare and exposed. Could this be a case of "Be careful what you wish for"?

Nothing of note to write other than the therapists think Kitten will be ready to come home around the 6th or 7th of February!

We did have a bit of 'fun' yesterday. One of the other residents that Kitten has become friends with had her lunch tray sent to Kitten's room. Rather than eating with them I spent the time serving the ladies and, when my services weren't required, knelt on my knees beside the table.
1 x
Kitten's Boy Toy
Happy to be Kitten's property!
Top

So glad to hear she might be home soon!
0 x
Wearing: MCN Contender
In chastity since: 3 October 2018
Top

Last night we snuggled up on her bed for a while before going to sleep. It felt great to have her head laying in the hollow of my shoulder again. This afternoon she was tired from therapy and we cuddled on her bed again while waiting for her supper to arrive. She snuggled in and went to sleep almost immediately. I hated having to wake her.

I'm taking a break and staying at home tonight but I will be back with her tomorrow.
3 x
Kitten's Boy Toy
Happy to be Kitten's property!
Top

Kitten came home today and I made sure the bed was ready for anything My Lady desired.... 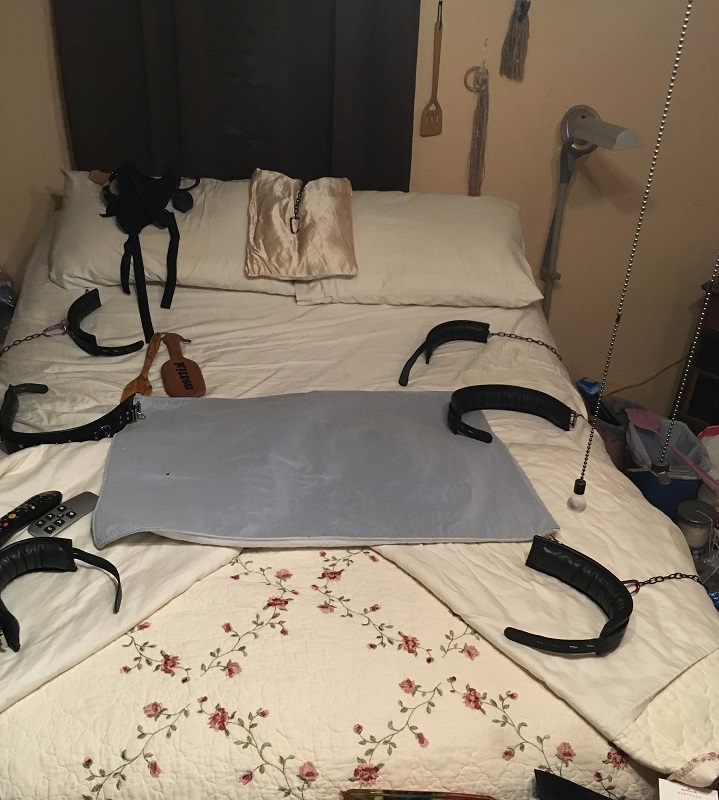 Had to add a personal touch to a Doves candy wrapper.... 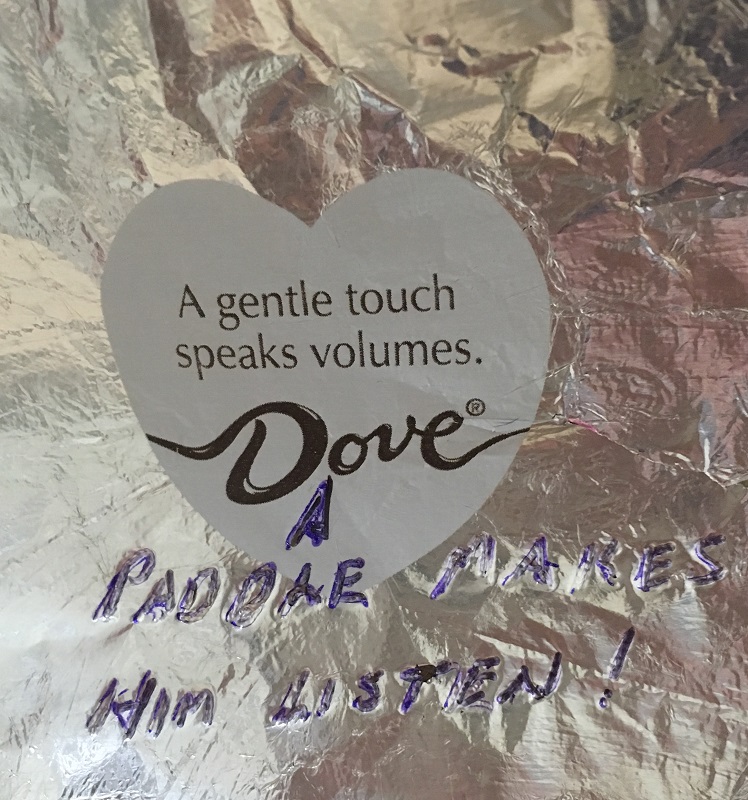 Great to hear you’re back together. All the best to you both from downunder !!

All that happened was a day of relaxation (which was what I really expected) and then out for a dinner that didn't taste like hospital food. She is still a bit tired. Home health/rehab nurse is coming to evaluate her this morning. I will just let thing progress as she is ready and wants them to.
1 x
Kitten's Boy Toy
Happy to be Kitten's property!
Top

Kitten is still far from being up to par but we did get out for a while last night. We went to The Friends Club for a short while last night. While Kitten didn't feel up to going upstairs to our usual table we still had a great time connecting with friends we hadn't seen for a while.
3 x
Kitten's Boy Toy
Happy to be Kitten's property!
Top
Post Reply
217 posts