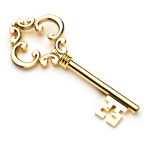 This is my wife's preference as well. She finds the ring too much of a hassle (especially on the CB-6000). She says the tube is the part that "does the work" and says putting it on me gives her even more of a feeling of control. She has put the whole device on in the past, when she wanted to keep my hands tied up and she was denying me for longer than usual. She'd rather I deal with the "engineering" (her word), though.
0 x
Top
Post Reply
38 posts