Hello, I have not been here for a long time and my problem is why on chastity mansion it is all about sissies and trans people, straight people are not really accepted and I will tell you I dont judge live and let live is my motto, can we not be hetro and want to be denied by our wife/lover for increased stimulation.

Thanks for listening.
0 x
Top

I read posts on CM occasionally and I don't agree straight people aren't accepted. The trouble with CM is it caters for *all* tastes so it can appear that way. If you drop into the "Chastity in vanilla life" section there are quite a few posts by heterosexual people in fairly "normal" relationships.

Anyway, I'm not sure what your point is posting it here. The whole point of this site is to cater for those who find CM a bit extreme.
1 x
Top 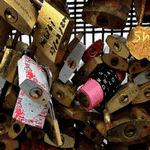 I have not had that experience on CM. Yes, there are all kinds of orientations present. And because of that, people tend to be quite accepting and get called out if they are not. There are also many heterosexuals as well in the FLR and Vanilla forums. The key to acceptance, is the person making the post and their tone.
0 x
Top

I have visited that site, I think as a blanket statement they have more of everything going on there because there are just more active people.

To me the sissy / extreme kink men stand out more simply because they tend to be more.....how to say, outlandish. I think it's simply coming from the fact that there are very, very few women interested in such kinks. Some women will play along (and might like) a more vanilla chastity. A scant few want to be married to a sissy.

As a result, I see a couple of dynamics that stand out to me as a woman observer:
1) The more (is extreme OK to say here?) the kink, the less likely people are to find a willing partner, the more they seem to make obvious fantasy posts. Guys who say things like "I asked her for chastity, and three days later she told me I was to be locked 24/7, pussyfree for life, dressed in a French maid outfit, and cuckolded." Yeah, sure. That sounds exactly like all of my girlfriends.

2) The same group seem to struggle to actually place themselves in the shoes of their partner and consider how their kink might square (or not) with their partner's desires. So, well, maybe the above fantasy posting is best then.

We started this board because some of us wanted a place that was more vanilla-ish, where we could interact as adults, and not in character or wherever. Someplace where a man could show his partner a post and not have to worry that she will freak out if she scrolls around a bit.

We are mostly "Mature" straight couples, with a few singles, and a handful of gay men. We might have had a gay woman in the past few years, but I can't remember.

Do we have people with other interests? Of course. The great thing about this board is that it's a reality based group. We talk about stuff here like friends would do over coffee or beers. And we stay focused on the chastity and orgasm denial aspects,
8 x
Tom Allen
The Edge of Vanilla
Denial Permanente
Top

My experience with CM isn't so much that they don't accept heterosexuals, it's that they don't respect any boundaries. The sissy's and CDs and cucks turn too many discussions into sissy, CD and cuck discussions. CM actually has a fair number of "special interest" sub-forums, but that doesn't stop the sissy posts in the main discussion forum. Sigh, and like Nikki said, the fantasy quotient... I suppose I'd enjoy the preposterous fantasy posts if they were things I was interested in more often, but again I think Nikki nailed it - the ones who don't have a willing partner seek to co-opt the rest of us into "playing" with them. Rude, to say the least.

That said, there are some thoughtful, respectful posters over there. But I would never want my wife to see that site - I'm very certain neither one of us wants her to be married to a cuckolded sissy who wears panties underneath the maid's outfit, but there are a lot of effort over there to portray that as the natural evolution of male chastity.
3 x
Top

I think the problem is somewhere else and it was already noticed on CM, even a special thread was dedicated to it.
Basically - a plenty of posts there (quite possible that even more than a half) are simple fantasy stories written by horny men. When you read that someone presented a cage to his wife, she accepted it immediately, a moment later spanked him, cucked him, pegged him and put into inescapable cage right after - it seems obvious that it's a simple bs. For the 'advanced' users living chastity lifestyle and treating this kink more serious - it's easy to catch these fantasy posts and comment accordingly. But if such posts remain unmoderated it means that any other regarding sissies, crossdressers, trans people or other extreme kinks are acceptable too. Of course such people should have a place to express themselves, but the rule mentioned earlier also applies to it, meaning that big part of it is also a pure fantasy. I think here, on chastityforums administrators are particularly alert to such fictious stories and either put them to specific section or ban the author. That is why most of those 'storytellers' avoid our forum making it a place for grown-ups.
3 x
Cobra 3D, HTv2 small
Top