As I have talked about before, we purchased a preowned Jail Bird. There has been a delay in sending it in for some needed adjustments. The main issue is the lock. It has the security screws and that is what Kitten plans to use most of the time. She likes the sound a padlock makes when I walk but the one MM sells fits snug and sideways. She doesn't like the look of it sitting sideways and a smaller shaft lock that would hang in front lets the cage pivot too much on the base ring.

She talked to William and he is going to make the stud on the base ring a little longer with an extra hole drilled near the end for a 'decorative' lock to hang.

Now the problem is finding a good quality lock. I found this one https://www.etsy.com/listing/289182865/ ... less-steel on Etsy but they said they don't have font available that would allow script engraving other that outlined letters. I don't know if I could find anyone local to engrave it or not.

This is what she wants. Solid letters in French script. 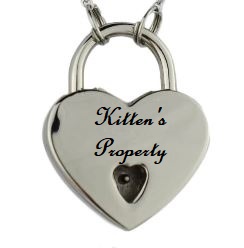 This is the closest they say they can come to it. Very close, but the outlined letters won't stand out as well. 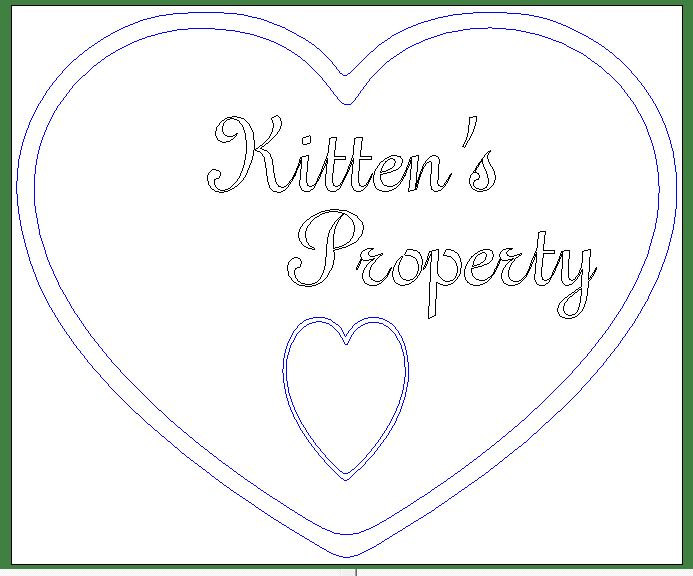 The only other stainless steel lock I can find is from Bon4 and it doesn't lend well to engraving or decorative use.[attachment=0]

Anyone know of another source?
0 x
Kitten's Boy Toy
Happy to be Kitten's property!
Top

Since it’s just decorative, perhaps look into a heart-shaped dog tag. Amazon has them with customization options or check the machine at the local PetSmart/Petco
0 x
Cherry Keeper short
MCN Contender
Top

I have collar from PetsMart with a heart shaped tag on it. It's not heavy enough to make noise against the cage when I walk.
0 x
Kitten's Boy Toy
Happy to be Kitten's property!
Top

Ah I get that. Check out this page: https://makelovelocks.com/
0 x
Cherry Keeper short
MCN Contender
Top

Their mini lock is a possibility but I'm not too sure if I would trust the quality and durability.
0 x
Kitten's Boy Toy
Happy to be Kitten's property!
Top
Post Reply
5 posts • Page 1 of 1