I would like to ask this group what their ideas are on goal setting for uncaging your sub.

We are a same-sex couple that is growing in our Dom/sub relationship. We are learning new things every day. I know this forum is probably 99.9% straight but after joining the group, I have found out that it doesn't matter if one is straight or gay, chastity is the same. The only difference is the gender of the person that is the keyholder. As a gay sub, I experience the same frustrations, horniness, fulfillment, morning erection pains, etc. as any straight guy does.

Like I mentioned earlier, we are growing in our relationship and we are starting to discuss more and more about the direction we want to take our Dom/sub roles. We both love what chastity brings to the relationship. When in chastity my sub horniness makes me want and need sex so much more often than when I go for any length of time uncaged. And of course this makes Dom a very happy guy because I am ready for sex every time he is. Unlike when I have been out of chastity and free to jerkoff and cum will nilly. Which during that time our sexual relationship suffers because I am completely non compliant and laissez-faire about sex.

So here are two questions for the group.

Do any of you Doms/FLR/Masters use guidelines or set goals for your sub to achieve before release is even considered? Like for instance do you require your sub to provide you oral sex so many times before he gets a chance at being released? Do you require him to be anally pegged by you so many times before release? Do you use any type of physical exercise goal he must perform as a minimum for release? Do you use any of these examples and/or do you combine things where several goals must be achieved before release? Maybe you don't use any type of goal but you use a set number of days. Maybe you use a game of dice or cards.

I would really like to hear your ideas so when we have our discussion, I can come into it with as much information as possible. This group as some very experienced couples and I would like to hear your thoughts.

We don’t use any benchmarks, though I don’t think I’ve ever gone less than two weeks between uncagings. My owner hasn’t been interested in any sort of quid pro quo arrangement. I get out when she wants me to or thinks I need to medically. We have discussed near-permanent chastity when I can reliably release via prostate.
1 x
Cherry Keeper short
MCN Contender
Top

At times my mistress has set me personal development or project goals, and delayed release until I attained them.
At other times, her orgasms have cost me additional days locked.
1 x
Become Her Slave blog
Top

When we first started out it was easier for her to use "games" for release. A throw of dice, a spin of the wheel, we would sometimes even be watching TV and when our show broke for commercial she once said. "Count the number of commercials". When the show resumed she said "how many were their"? I replied that I had counted seven. She then said "seven days till your next possible release, It's my prerogative to extend it and play this game another night so keep track".

Now she's just fine with it and I pretty much never get a set day for my next release. It's all about her and when she desires my services, she gets it.
4 x
Happily secured since 4/2010

I’d start with what dominance and submission mean for you two. A common and easy answer is “the Dominant knows what he wants, and demands it without shame; the submissive adheres to the wishes of the Dominant”. There are degrees to this though, how far the “slant” in the relationship goes, whether you live together or not, how you get your needs met, and so on.

Why all this just for chastity games? Well, if the above holds true to some extent, then the answer to “when should the sub be released from the cage” is “whenever the Dom wants him to be released, for any reason the Dom has”. If the Dom loves playing games and putting the sub in a predicament, cool! If the Dom just wants to go by a whim and say “you’ll be out when I feel like teasing you”, cool!
And: that bit of getting your needs met. Orgasm isn’t a need though it may feel like one. Teasing might be a need, but that differs from person to person. For me it’s a very powerful way to feel loved, more so than gifts or words or even other forms of touch, and I do need to feel loved, very much so. The Dom, if this is more than a play session thing, “holds” the sub, meaning, should be quite mindful of meeting his sub’s needs - and may know better than the sub what those actually are, and which are wants. And that’ll influence his decision as to how and when to give you genital pleasure.

Around here - few orgasms for me (a few months apart), but frequent teasing and getting close, almost every time we have sex. No cage, at least not for constant wear. Why? Because Bear wants it that way, he likes knowing that I obey him without a cage, and he loves seeing and hearing me squirm when he gets me close. Different ways of playing with chastity for different folks: With the desires of the Dominant first and foremost.

I highly recommend finding community. We’ve had very good experiences with MAsT, though they’re mostly het, and your local leather group may be an option. What’s great about MAsT is the structure - first Doms and subs together, then separate discussion groups, and “the first rule of fight club” - meaning Doms and subs can speak freely in their respective groups and their counterpart won’t hear what was discussed.
1 x
Schnoff
My orgasm denial blog
Tango tangor ergo sum.
Top

Thank you. Thank you. Thank you very much @Schnoff for your thoughts and information. We are both relatively new at being Dom and sub, even though we have displayed a bit of from the beginning of our 14 years together. Any info we can get from others that works for them is something for us to consider to see if it works for us. It has just within the last 18 months that we have moved more in the Dom/sub direction with purpose. I think i am further along than Dom, but we are learning together.

You are certainly correct in that it is a broad playing field and there are as many different options as there are couples. As far as the comment on getting my needs met, it wasn't me wanting to be able to climax, as it is for what you said about teasing. I too need that interaction between me and Dom. That is the connection for us and me. Another thing that I was referring to was the physical body function of getting a full blown erection. We have done the chastity 24/7 thing without taking the cage off for over a month. Then when Dom took my cage off to play and tease me my cock was strangely bent with my erection and Dom didn't like that, needless to say I didn't either. So when I said my needs to be met, those are the things that Dom and I had already discussed as far as to me being released. Neither of us want anything to happen or to damage his play toy.

I really do appreciate you taking the time to send me your comments. I will look into the MAst group and see if there is a group in my area.
0 x
Top

@chaste_cock , it sounds like you both are well on your way!

Drew has reviewed the steelworks device, and I aim to write an evotion review once I’ve had some experience with it.
1 x
Schnoff
My orgasm denial blog
Tango tangor ergo sum.
Top

I think as a same sex couple you have some advantages. BOTH of you know what sensations you are feeling whereas a female key holder may not know the best way to tease or how far to tease without an unwanted orgasm. However for straight males that are forced to use a dildo on themselves or accept a strap on I’d expect are more humiliated or embarrassed and in a sense controlled by their mistress. Not sure if that dynamic would be the same in same sex relationships. Frankly that seems like a small trade off for Having a key holder that can tease and torment you to just that right extent because they can relate.
0 x
Top 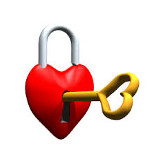 My keyholder wife writes lists of jobs for me to do, and there's no unlocking until the list is complete.
The problem is, she never actually writes the list down, she keeps adding things to the list, and one item on the list is a weight loss goal that I've had but not been able to achieve for the last 10 years.
We both know that I might never get to the end of her list, but not knowing is half the fun, isn't it?
2 x
Favorite device: custom red chili stainless steel cage
Top
Post Reply
9 posts • Page 1 of 1