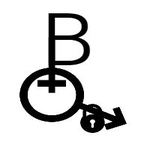 belocked wrote: ↑Tue Apr 20, 2021 1:44 pm My new girlfriend is very puzzled about my mood swing after orgasm. All the excitement is gone and I get the "blues"; flat emotions and little interest in much of anything. Does anyone know of good explanations? Not just that we feel that way, but why.

Sometime I'll be dumb enough to tell her that being caged immediately after seems to avoid the blues. For now I appreciate time out.

Hormone related and you are experiencing the effects of oxytocin and prolactin. Dopamine also plays a part.
Pulled the following from the web.

"Often call the love drug – oxytocin is responsible for the feelings of trust, connectedness, closeness and protection. A burst of oxytocin is produced during orgasm and it is often attributed to the afterglow that we feel post sexual activity. Oxytocin is released during all forms of intimate activity, which includes touching, hugging and caressing. After orgasm, in men, the levels of oxytocin quickly plummet until they are below where they were before sexual activity, whereas in women it will lower itself much more slowly, often remaining higher than it was initially. The reasons for this remain largely unclear, though speculation exists that it is linked to ideas of empathy and is a necessary part of bonding, child birth, and child rearing, this also means that post orgasm that women are far more likely to let their guard down and fall in love.

Normal/Elevated levels of Oxytocin:-
This is the love drug after all and as such elevated levels will result in strong and powerful feelings of emotion, a sense of devotion and closeness, an increased sense of positivist, and feelings or protection and responsibility.

Low Oxytocin Levels:-
Sees a reduction of feelings of attachment and connection, it is also responsible for low libido and depression, as well as a reduction of empathy towards others.

Prolactin is an interesting neurotransmitter and it is named after its ability to affect lactation levels in women. This neurotransmitter has over 300 uses within the body, but it’s effects on the orgasm are well researched in comparison to other uses. An orgasm, through either physical sex or masturbation, will result in a large amount of prolactin being released into the body. It is this chemical which results in a better mood following sexual activity, and can last for over an hour. Prolactin and Dopamine rely on each other for context and control when it comes to sexual activity. Prolactin in men directly affects the refractory period before they can maintain an erection and engage in sexual activities again. The older that you get, the more prolactin is produced in men. Males with a deficiency in prolactin are often able to engage in sexual activity multiple times within a very short amount of time, or they will not lose their erection after climaxing.

Excess levels of prolactin are commonly associated with irritability, decreased testosterone, and a substantial loss of libido."
0 x
24/7 Chaste husband to my beautiful Wife/keyholder.
Top

slave d wrote: ↑Tue Apr 20, 2021 7:43 pm i have a theory (just that though) that in nature the female is only fertile in a short window so nature says to the male “do you do your thing and piss off so the next guy can have his chance”, that way the strongest sperm and the strongest man (that can keep others away) gets to breed. The others just get one shot at it and then they get all grumpy and slink away !! Meanwhile the female, who loves all the attention and is perfectly capable of multiple orgasms without any form of “blues” enjoys lying back and fucking her brains out..... so to speak !! In the end women are sexually so far superior to men it’s not even a race !!

Reminds me of a very old joke about 'the perfect woman'- after sex she turns into a six-pack and two of your best friends.
1 x
04/07/19 "And then I 'punished' you by making you lick my pussy after I let my other 'boy' fuck me." --Mrs. Twisted
Top

MissyBsBitch wrote: ↑Wed Apr 21, 2021 4:52 am
Hormone related and you are experiencing the effects of oxytocin and prolactin. Dopamine also plays a part.
Pulled the following from the web.


Thank you MissyBsBitch, just what I was looking for.
1 x
Top
Post Reply
23 posts