I know I've also been involved in other sites, but this one is of real value. Please keep up the great work!
0 x
Top

I appreciate this site for it's more "objective" and "matter of fact" tone and approach. Learned a lot here. that being said, the other site also has some merit. Chastity is not my only kink...
0 x
Top

Flaccido Perpetuo wrote:I appreciate this site for it's more "objective" and "matter of fact" tone and approach. Learned a lot here. that being said, the other site also has some merit. Chastity is not my only kink...

Yeah, there's another site that I read too, though I have not actually joined in order to be able to post. I am (so far) content to enjoy vicarious thrills from the [alleged] exploits of others. (Why is it that the most outrageous stories seem to come from those whose writing makes it look like they quit school some time in the 2nd grade because the concept of 1+1 was too difficult for them to grasp?)
0 x
04/07/19 "And then I 'punished' you by making you lick my pussy after I let my other 'boy' fuck me." --Mrs. Twisted
Top

TwistedMister wrote:content to enjoy vicarious thrills from the [alleged] exploits of others. (Why is it that the most outrageous stories seem to come from those whose writing makes it look like they quit school some time in the 2nd grade because the concept of 1+1 was too difficult for them to grasp?) 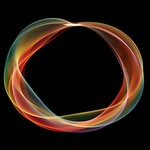 I started off on The Chastity Mansion because it was the first Chastity themed forum I was introduced to. Before that I was on Tumblr which fuelled my fantasies but did not give me the interaction I craved. The Mansion is full of posts that verge on (if not blatantly cross over into) the realms of fantasy, but there is also a lot of help and support from the members. My first three months of chastity have been turbulent and without their help I would not have made it through.

(This isn't a defence of the Mansion by the way, I have already picked up on how different this forum is in flavour and can see a place for both.)

I must admit that I am looking forward to not having to put up with guys proclaiming to all how they are locked up because of their pathetic penis, how they have a girly clitty and all of that. It does nothing for me and I tend to not interact with the people who post like that. That said some of the sissies at the mansion are fun and can have a sensible conversation!

I will not be trying to get my Wife to join the Mansion. It would hold no interest for her at all. I am however interested in asking her to join this forum, mostly because she has the KH area where she can talk to people in private. I asked whether there was something similar at the Mansion and was very firmly put in my place and told not to ask such a question again.
0 x
Living in Germany but speaking with a decidedly English accent.
Top

I must have got lucky, when I did a Google search for chastity forum (when I do research on a topic I prefer forums over anything) and this was the first hit. It was after spending a few weeks reading most every topic on here, that I scrolled down and found the Mansion. After reading some of that for a day or so, I came back here and joined. This place seemed more homely and more to my taste.
0 x
Top

Something i also think is relevant here is that often our thoughts change markedly over time. When i first came into chastity i quite liked the sissy idea and probably said all sorts of things that i would now consider to be nonsense !! i even persuaded MsM to get me fake breasts etc etc. Now, 2 years into this, we have shed a lot of this and are much more "middle of the road" though we do include some "forced bi" play and also corporal discipline etc. So, while some may talk some off the wall things initially it doesn't necessarily mean they won't calm down a bit and become more "acceptable" over time. i've now reached the point where i find this forum to be a fantastic resource and hope that i add to it myself from time to time.

This is exactly why I joined here as the other 'sites' tend to not have much bearing on the day to day stuff!
0 x
Top

There is also a sense of respect and compassion to fellow members and administrators on this site. I used to belong to a small number of blogs where just about every topic devolved into some form of viciousness. The authentic concern and respect shown on this site is a rarity in today's virtual landscapes.
0 x
Top

One thing that always makes this stuff difficult, and by "this stuff" I mean those things that fall in the category of denial/chastity" is that they, by the very act of removing us from "relief", makes us horny. When we're horny, we tend to say/want/fantasize things that our "just came 10 minutes ago" selves would not normally say. I run an edging group on Fetlife, and it's pretty much the same issue. There is always a balancing act when trying to have rational conversations with a group of men who have large amounts of pent up frustration and excitement. I live with 2 women. My wife wants me to be locked at home, except for her period. It's on the honour system. I haven't had PIV sex in over 9 months. I get genuinely excited to put on the strap-on that my wife hands me for sex. As I type this, I just locked myself up for the day, after resisting a tremendous urge to cheat, and do some edging. To quote Mr. Spock in the Trek re-boot..."I can assure you, that I am indeed, emotionally compromised.". I popped by here because I like to know that there are other guys who spend large chunks of time trying hard to ignore that thing, over that thing between our legs, and get on with the day. In my current state, I may have written something about the desire to edge when un-locked, or looked for a post by someone who also loves giving strap-on sex, rather than discuss the technical aspects of chastity, like I might discuss changing an air filter on a car forum. Maybe we need a section just for the sexually excited and frustrated?