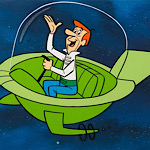 Oldtimer wrote:Try the Tantus silicon paddles at the Stockroom.com. My wife got the wham bam. Stings like crazy, loud, requires little effort to make it hurt and is dishwasher safe.

I need a beginner paddle lol

This thread is old enough to get a job.

My Xmas gift is power and comms back up, been down for a couple or three days. When I was finally able to get cable run in here a while back (big, expensive project, not your normal cable due to distance) cableco said "Make sure you have alternate power available so comms still work if the grid goes down." So, another grand in generator and battery back-ups and guess what...cable don't work either if the grid is down, even if I have my own juice. I'm guessing there is an amplifier out at the road, that needs power, and if powerco is down, cable is down too.

Season greetings everyone. Been a great year chatting, sharing and learning this road of chastity. First season locked.
0 x
Top

Happy Christmas from MsM and MsM’s ld in New Zealand. Love hearing all these stories of people being snowed in as we sit out with a cold beer and over 30 degrees C !! Yep it’s true that was today (Boxing Day here) and we’re expecting hotter tomorrow !!

Holiday tradition, I get up before dawn and go deer hunting all day. The ladies in my house get up around 10 am and sit around in their Christmas pj and watch the Hallmark channel all day snacking in Christmas sweets and leftovers.
0 x
WPS
Top

Funny thing, while everyone else was getting hammered with cold and snow, including some places that don't usually see so much of that, our temp actually went *up* and we got nothing but rain that melted all of the snow cover that we had. Well, that and the high winds that took down some trees. Around here, if a butterfly farts while flying past a power line, it goes out. My power costs have doubled over the last year (based on same kW/H usage rates) with PowerCo claiming that it is due to grid 'improvements', but nothing has changed. The PUC has just approved another [almost] 50% increase, again for 'grid improvements'. I'm beginning to think that having your power controlled by a business in a foreign country is not a good idea. (Our power is supplied by a company in Canada, which is actually owned by another company in Spain.)

I had my wife run the numbers a few weeks ago, and at the *current* rates, if I install a self contained solar system and disconnect from the grid I will recover the entire installation cost within seven years. It's looking more and more like it will be a good investment. With the current technology, the useful life expectancy of the system should exceed my own. I'll integrate the generator to recharge the system in the event of extended bad weather, and maybe a wind turbine or two- usually, if the sun isn't shining the wind is blowing. And then the PowerCo can kiss my ass.
0 x
04/07/19 "And then I 'punished' you by making you lick my pussy after I let my other 'boy' fuck me." --Mrs. Twisted
Top

Is it me or is Christmas so much better now we make an effort and take notice.
Or is it the extra special Xmas treat that does it?
Merry Christmas everyone.
0 x
Me. "I only got 30 seconds, that's not fair". C. "life's not fair, suck it up"