Dev wrote:One thing I worry about, and maybe I worry more than I should, is that he is going to say, "Dev, I'm sick of this. I don't want to play anymore." I suppose men who bring it up to their wives have that same insecurity that she is going to quit. I wonder how realistic this fear is? Ab certainly seems invested but I have noticed more frustration and a slight withdrawing recently.

Outside stresses don't help, but one of the things I really notice is that if I've been kept locked up for a while, and then get a number of orgasms, then I go through a period of being down. It's certainly great to be out and coming a lot, but I think knowing that let-down is going to show up is why many of us get very schizophrenic about being let out. I _so_ want to come, but I really do _not_ want to come down off that high and hit those lows. When I hit the lows, I do get grumpy, not just about this - seems everything is not quite right.

I noticed that release before this last one I was only out 2 days, and it didn't take the edge off very much. I was back into supercharged mode in only a couple days. This last time, it was a week of frolicking, and it has taken about a week.
0 x
Top

As L2BL's wife, I can testify to the fact that he's been grumpy lately!!

Nice to know his grumpiness is not necessarily me, although he's acting like it at the moment.

So here's an additional component to add to the model.
In terms of fidelity, the physical restraint of the lock up is largely illusionary - ignoring what the usual web fantasists write about how they are "forced" - thats just a bit of their fantasy. The holding of the key is ritualistic really - an acknowledgement and symbol of the power exchange. Submission and attentendant chastity is a gift and for the giver not to feel vulnerable and exposed, it does need to be accepted as such. There was some unintendedly hilarious threads on the Mansion a while back where it was obvious that some poor bloke had handed the keys across and did his best to make it work after being caught out playing away from home. For her part, his wife took the keys, promptly lost them and then fired the cleaner. No teasing, no denial and no communication. The outcome was rather predictable - it all went to shit speedily with resentment on both sides. Chastity (and submission) requires a level of "maintenance" from the key holder in order for it to work and for both parties to derive benefit.

In my view, the reason why chastity creates such fascination in its adopters is that it fundementally rewires behaviours and deeply embedded attitudes. My husband's submission to me is very precious and I love him all the more for the huge amount of trust that he has placed in me to protect him where he is most vulnernable. For my part, whilst I am not a natural Domme in that I don't really need to dominate, I am so grateful that I am not in a relationship where there is a power struggle. Both of us are alpha personalities and met doing high power jobs requiring forcefulness, energy and control. Resolving our power balance in this way has meant that home is more harmonious whilst the outward culturally acceptable appearance of our marriage has not changed at all. Successful chastity doesn't serve to even out unequal sex drives or reassure insecure partners (although it brings these benefits), it alters the currency of the relationship. This is my view and observation - no science here by the way!. Instead of sex being the reward for good husbandly behaviour and it evolving into a marital tit bit / duty / obligation, the wife's happiness is the goal and women - in the main - flourish in stable environments. All that male sexual energy and frustration gets reigned in, harnessed and re focused - just as it did when you were first dating.

That all said, the key holder's responsibility is to acknowledge the male sacrifice (his orgasm) and to reward - just differently and that of itself is highly subjective. Female sex drive is affected by any thing ranging from periods, to weight gain to the conversation you just had with your mother on the phone. Male sex drive is simply affected by having a pulse of some sort. Chastity makes a couple consider what is in the middle of the Venn circles (woohoo, another model!) where they over lap. My hub is turned on by humiliation - this is not my bag at all and I am never going to get in his head about this ever. However, he finds it humiliating to be forced to the housework naked in just his ErosSteel cage. I get the housework done, he gets his kicks. I have found it particularly amusing to chain his cage to the ironing board whilst he is ironing his work shirts. Win / win all round I'd say. I get a tidier house, he always has ironed shirts and he gets a good dose of humiliation right here in the living room for no charge whatsoever.

Advice about communication across the gender divide is a multimillion pound industry for a very good reason -it is often almost impossible to achieve. Here's a relevant example:

"Please put me in a chastity device, go on please. Pester pester"
"Ok. Now what?"
"I'll do all the housework and you control when we have sex and it's what I want more than anything else in the world"
"Ok. You've been so good, here's an orgasm"
"Don't want to go back in my device now"
"OH for Fuck's sake.What a waste of £200"
"Please put me in chastity device, go on please. Pester pester"

Dev - here's my conclusion. As Key Holder it's up to you to exponentially smooth the waves. Although I don't really agree with Sarah Jameson's almost rabid and aggressive rejection of any chastity models other than her own, she does cover this rather succinctly. He does want to come, but craves the control in denial. The drive to orgasm is overwhelming and we simply have no female equivalent so it's nigh on impossible to comprehend/The nearest I can get to it is that men know that the animal driver to spread far and wide is usually in the driving seat and successfully propogated our species. Fast forward millenia to complex, structured societies built on monogamy and manners and you have a destructive juxtaposition of animal versus the civilised man.

In summary - all men should be put in devices until we evolve more as a species. You think there would be war in the world if all men's energy was spent serving their wives properly?
0 x
"Only the man whose neck is bent may bear the oppressor's heel"
www.celticqueen.co.uk/blogs
Top

All I can say is that anyone who refers to "exponential smoothing" of the curve gets my vote.

Celtic Queen, I implore you to read my posts "David's Year of Orgasm Denial" and note my humble request of establishing a hypothesis for my year long study.

You truly made my day! Thanks.

I've been thinking about humiliation---Halloween seems to bring out the worst in some women wherein they decide to dress their husbands in completely absurd (and humiliating) costumes and parade them in front of all their friends. That whole notion doesn't turn me on at all and I can't imagine the men were all that pleased. Well, maybe they were.

Your solution, however, is very creative. Chaining your husband to the ironing board? That makes me giggle---thanks for helping me imagine fun humiliation. And if your husband gets off on it? Like you said, it's a win-win.

Unfortunately, we don't iron much in this household (tablecloths at Thanksgiving and Christmas--that's about it) and my husband doesn't wear ironed shirts. Plus I don't think humiliation is his kink. But your idea is making me think a bit more about what does turn him on and how I can do more of that with him locked up. 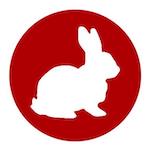 keyhldr wrote:As L2BL's wife, I can testify to the fact that he's been grumpy lately!!

Nice to know his grumpiness is not necessarily me, although he's acting like it at the moment.

We call this M&M rage. For some reason chocolate seems to level him off some!
0 x
~Belle
Jnuts wife & keyholder
http://nuts4belle.wordpress.com/
Top

Thanks Thumper. One does ones best

0 x
"Only the man whose neck is bent may bear the oppressor's heel"
www.celticqueen.co.uk/blogs
Top

davidphd1866 wrote:All I can say is that anyone who refers to "exponential smoothing" of the curve gets my vote.

Celtic Queen, I implore you to read my posts "David's Year of Orgasm Denial" and note my humble request of establishing a hypothesis for my year long study.

You truly made my day! Thanks.

Thanks David. I have seen your post but not got all the way through the thread yet. I will contribute as and when as I have a few ideas. I've got a post brewing about the sissies and cuckolds - just chewing it over now actually.
0 x
"Only the man whose neck is bent may bear the oppressor's heel"
www.celticqueen.co.uk/blogs
Top
Post Reply
123 posts