I'm mainly talking to those that are locked, for all practical purposes, 24/7 and have a keyholder. Even so, I welcome comments and opinions from those among us who see chastity as more of a game than a lifestyle.

How many make note of, or celebrate in some way, the anniversary (Chastiversary?) of starting chastity. If you do what date do you use?

I approached Kitten with chastity on June 19th last year by giving her the book "Male Chastity: A Guide For Keyholders" and asking her to read it with an open mind and then talk to me about it. On Sunday morning, June 24th, she told me to come out on the porch to talk. After discussing the idea and implications for a few hours she agreed to give chastity a try and to hold the keys to my cage, now HER cage. BTW, that was the longest single subject conversation we had had in many years. We ordered a CB3000 knock off that day and her property was first locked up on the following Saturday, June 30th, and she took possession of the keys.

We celebrated the Chastiversary on the 30th this year. (Actually we commemorated it at the Friends Club on Saturday the 29th.)

There are three possible dates to consider:

June 19, the day I approached her with the idea. To me that doesn't seem right since I didn't know what her answer would be.
June 24, the day she accepted. Somewhat logical but you don't celebrate a wedding anniversary on the day she said yes, it's the day you said "I do". (I'm Done?

)
June 30, the day she put a lock on my/Her cock. Similar in meaning to the day I first put a ring on her finger.

What do you guys and gals think ? Which date is the most appropriate for our Chastiversary? Why?
0 x
Kitten's Boy Toy
I'm Kitten's property and She keeps Her property secure in a Jail Bird!
Top

my thought would be the first lockup and key handover as up until that point it was just talk and thought without action, but any of your choices would be fine. While i have my start date (first day locked and MsM having the keys (i had been self locked alone before but not under Her control)) noted in my weekly reports to MsM we have never celebrated an anniversary ... so far.

We’re a week away from our first year anniversary. I know the date - she doesn’t keep track. I view it as the date we knew the device was feasible for 24/7 wear, and she said that I was locked and belonged to her. The weeks before that were just experimenting.

Thanks to your earlier idea, I’ve been tabulating my stats too.

@Naljeans We got the MM Jail Bird back from adjustment on Friday, the 28th and was locked into it that day. Kitten had been wearing the padlock keys to both my collar and cage up until then. The key to the collar and the second decorative lock on the Jail Bird is attractive with a heart shaped head. The same cannot be said for the Jail Bird screw key. Those keys are now on a ring in her purse and were replaced with a symbolic, antique key on her necklace that I found on ETSY. The stone is Opal, her favorite. She also got a new sterling silver chain to wear it on. 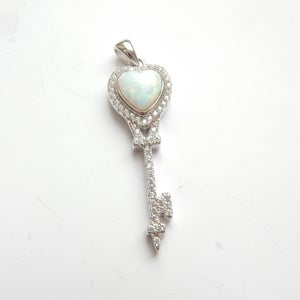 Funny, I remember it was April 7, 2010 that my wife discovered I was locked in a CB6000. Remember it like it happened yesterday. Looking back I really didn't approach her with this whole chastity thing very well and hence it was a gradual process before she accepted it and became my wonderful Keyholder.

It's probably because of this that we don't have a hard date to celebrate as our Anniversary.
1 x
Happily secured since 4/2010

Our Chastiversary is also our wedding anniversary. Makes it easy to remember.