At want point did you become aware of male chastity? Do you remember what it was? Did you immediately respond or did you have to be talked into it? How long ago was that?

Not everyone is on Twitter, and you only get 300 characters, so here's an opportunity for a longer version.

Early 90s, surfing kink sites with AOL, bumped into Altairboy. Thought it was weird. Bumped into it again, then kept going back, got hooked. Eventually made my own, showed Mrs Edge, who liked the idea. Then went big when CB3000 came out early 2000s.

Early 2000s, I came across the CBxxx cages and was intrigued but never acted on it. I also recall Altairboy’s site.

I never really contemplated it again until last year. I saw that cages were affordable and thought it would be a fun occasional thing. The planets aligned and I met my owner right around that time. She was eager to try it out but we both figured it would take a while. Within weeks we’d found a good cheap steel cage and that was it. Locked ever since.
0 x
Cherry Keeper short
MCN Contender
Top

I’ve been into various aspects of BDSM for as long as I can remember. I was aware of chastity for years and while I had a certain curiosity for most kinky things it never crossed my mind as something I could or would actually do. I even remember having a conversation with a kinky dominant friend about how she kept her sub’s cock locked up for a week at a time and it sounded so hardcore (and miserable) to me at the time, despite strong submissive tendencies. It DID cross my mind once as a possible practical solution to a trust issue I was having with a partner, but ultimately it never amounted to more than a thought.

I found it in mid-2017. I had an itch I couldn't scratch and didn't quite know what it was. Over 30-odd years my wife's and my sex life had evolved into something that was comfortable and romantic, but predictable and almost diarised so that on Friday evening we had sex, in the same way that on Tuesday we put out the recycling. I had kinks and fetishes but rarely indulged them, knew I was submissive but my wife wasn't into anything like that, and this seemed to be how my life would continue.

Surfing around I came across T&D, based around edging then release, but in sessions lasting from minutes to an hour or two at most. TBF I had practised edging from time to time without knowing it had a name, but 20 minutes was my record.

Finding a site called edgemeplease I really took to it, evolving into the harder and longer edging options. However, I went at it with such a will that after a while my cock just refused to play any more. I actually thought I might have fused some synapse or other and become impotent, and then the next Friday I had real trouble getting hard, which I never ever have (without boasting).

‘96 ... just moved to a big city from a small midwest town. I ventured into my first “real” sex toy store. My previous exposure had been limited to The Lion’s Den out by the highway.

I was like a kid in a candy store with no guardian. Eventually, I settled on a leather strap and metal ring contraption that was the most awful chastity device ever. I can only say I was immediately drawn to it, but had barely any idea what to do with it.

Years later, looking for more information on orgasm delay, I stumbled on orgasm denial, tease and denial, Venus Girls and then chastity. Absolutely enthralled with it all.
0 x
Top

Definitely the Altairboy website. Once I found it I was so stunned that such a thing existed but it lived only in my fantasies for a long time. Not until the cages started showing up on eBay did I realize there was that much of a market and following. Then I started seeking out more info and it’s taken off from a weird fantasy to a somewhat normal hobby.
0 x
Top 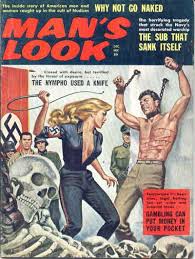 I remember having a rather sudden and embarrassing moment in my underwear.

Restraint by either myself or a willing partner soon followed and back some ten years ago I stumbled upon this on a website and I knew I needed to try it: 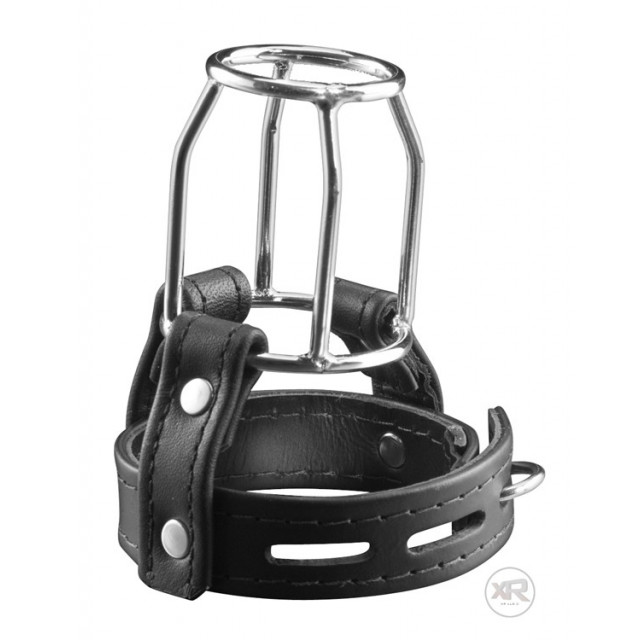 It was all uphill from then.

I was very fortunate to marry a wonderful woman 30 years ago that for the past 10 years "indulges" my kink with benefits for her.

I ordered a Stallion Guard like this from The Stockroom when they were a new company. Wore that thing for a very long time, and started making my own versions. Wow, I'd forgotten about that. That's over 25, maybe 28 years ago.
2 x
Tom Allen
The Edge of Vanilla
Mrs Edge Says
Top
Post Reply
16 posts