I haven't posted in awhile but I'm hoping for some encouragement or tips and tricks.

Here's the thing though, it's almost reaching our decided time when he's allowed to orgasm.

I'm just asking out of curiosity if anyone does this and if they have ever faced this issue. 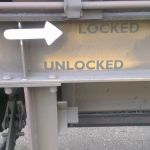 Tie him to the bed, that'll take most of his choice out of it.
5 x
Top 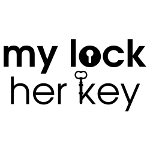 From the male prospective with the same issue, acting quick and not really giving a choice or chance to change the mind is the best way to keep the thought there enough for him to follow through. After a few times, it maybe the same or get easier to do.

Now with her off the pill now, condoms are used and that pretty much kills any chance of that.
0 x
I have finally found the device I needed to begin my journey in chastity. I have never been happier in my marriage to my wife, lover, soul mate and now Keyholder.
Top 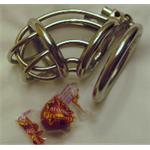 This was going to be my suggestion... tie him down and just do it. If he's a good boy though, he should sit there and you don't give him a choice... sit on his face and make him do it.
2 x
Lady: Wife & Keyholder to cagedmonkey who is locked 24/7
Currently Wearing: Jail Bird
Owned Devices: MM Jail Bird (x2), Steelworxx Revenge
Click here for Our journey & Podcast
Top 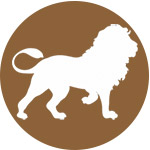 This was going to be my suggestion... tie him down and just do it...you don't give him a choice... sit on his face and make him do it.

I am firmly in the 'tie him down' camp.

After I have an orgasm, I just can't do it on my own. If I have any choice at all in the matter, it isn't going to happen, no matter how 'hot' it seemed beforehand.

Being tied down, though, *knowing* what is going to happen, and *knowing* that I won't be able to get out of it is super, SUPER 'hot'. Being *forced*, no choice- ball-squeezing/slapping/pulling or hair-pulling while sitting on my face is the way to go [for me].

Tie him camp for me too.

What worked for us was that she told me at the start what was going to happen but never mentioned it at all during intercourse.

Imediatly after comming she just got up and sat on my face and let it dribble out.

It was vety quick the first time and quiet but like most things once you get past that hurdle it improves very quickly just like your confidence will to do it.

My wife loves it when we do this but she saves it for special occasions.
1 x
locked in a Rigid chastity Model 05