How to get her to extend time??

Going to chime in here as another KH as well. COMMUNICATION. While the whole MC game is a sex game, it is one that relies as much on communication as it does on sex. Jnuts and I have found that our worst cycles are when we don't communicate. It is hard, but it gets easier the more you do it. To be honest with you, if I found out that you were purposefully withdrawing affection or attention in order to sway how long I chose for a lock up, the game would be over. Plain and simple. Have respect for your KH and talk to her!
0 x
~Belle
Jnuts wife & keyholder
http://nuts4belle.wordpress.com/
Top

gummicouple wrote:From a Woman's perspective, I would suggest some open communication about your needs and desires. We aren't mind readers, well not all the time anyway, and she might interpret your actions differently that you are hoping. Once you have discussed it, let her go at her own pace and don't pester her about it. She probably has a lot on her mind.

I've been both, a KH and lockedup. I think I understand what you mean and at the same time I also understand other asnwers. Have you tried to add the element of random time when only her knows it? Maybe it could bring that little thing that you're seeking while letting her in total control. You would have to talk openly to her about the idea without telling her about the "ruined" O. Afdter all, since she hold your keys, it's her decision when you'll have an O or not. Not yours. So if she decid it's time for it, you should be happy and try to please her no matter what you feel.

You could also try to add punishment when you don't behave like you should, of course with the idea of adding more time.
0 x
Top

marino wrote: You could also try to add punishment when you don't behave like you should, of course with the idea of adding more time.

Wouldn't this allow you to control locked time instead of the KH? If you wanted to have a longer time you just misbehave so it becomes the time you want.
I believe that the KH decides times for all things concerned with the cage. Length of locking, orgasms, ruined, teasing, etc. It's fine to let your KH know you want to extend the time, and if they decide they don't want to, it is one of the things you accept to make the KH happy.
0 x
Current device - MM Custom
Previous devices - CB2000, 3000, 6000, 6000s, Curve
Top

Intentionally 'misbehaving' to try to get KH to extend time- could be seen as 'topping from the bottom' and, in essence, puts *you* in the position of control rather than her. She could come to resent that and decide that she doesn't want to 'play' anymore.

Might be better if you and she agree on certain 'goals' that would benefit her but are somewhat difficult for you to achieve. These 'goals' could be sexual or non-sexual, and any number of them could be 'stacked' so that completion of all of them would be required before you are allowed 'release'...or even a *chance* for release. The completion of goals might be combined with a game of chance- if the goals are met you get a chance to draw a card or roll dice or whatever. For instance- she could set a goal that you must provide her with a certain number of orgasms each week/month and if that is met, then you get a *chance* to to get 'release'. She decides the number of orgasms she would like and you must reach that number before you are permitted to draw a card or whatever. This puts control in *her* hands, she can increase the number if she wishes, *and* if she finds that she likes being 'mischievous', she could easily arrange that you miss the goal by one (for the particular time period) thus resetting the count and denying you the chance for release.

There are any number of ways this could work and/or be modified to arrange for a set of conditions that are acceptable to both of you- longer lock-ups for you and more benefits for her.

Additionally, if you don't have a method of determining the overall length of time she gets to be in control, you and she might agree to a policy of extending the time on the basis of something like one month for any leakage of semen during teasing, two months for a 'ruined' orgasm and three months for a full orgasm.

In any case, as others have mentioned, you need to communicate with her and arrive at conditions that meet both of your needs/wants. Intentional misbehavior (being a 'brat') could backfire...unless she is 'into' that sort of thing, and there are ways that this could work well too, such as her imposing escalating penalties for bratty behavior. In addition to longer lock times, penalties could be unusual activities, or involve pain or humiliation- but communication is still needed. There are couples for whom this sort of arrangement works, where the sub partner is masochistic and the dom partner enjoys delivering various punishments, but both partners need to know what is going on and agree to acceptable conditions and limits.
0 x
04/07/19 "And then I 'punished' you by making you lick my pussy after I let my other 'boy' fuck me." --Mrs. Twisted
Top

Over the long run, we have always done better when we've decided together that I am going to "go on a diet". There is usually very little role playing involved with this at the start. We usually decide this when we are feeling a little flat and distant and need a shot in the arm. A few years ago, 7 or 10 days of denial would usually result, but now we are starting to count the weeks instead of days.

We usually stay on my diet when we feel close and are communicating well. Sometimes, life and stress get in the way, and neither of us can totally avoid that. When we start feeling close, we both want me to stay on the diet. We use the honor system A LOT and I end up with the feeling of not wanting to let us down by breaking it.

We do role play some. In the heat of the moment, it is hard for me not to plead my case, and she has gotten pretty good at turning me down. She used to think of it as mean, but we talk about enough that she knows it isn't. We've also gotten better at using various toys to keep things interesting.

If you are going to "misbehave" and get punished, don't do it in a passive aggressive way. Role play it. Talk about what a turn on it would be and role play it with her. Tell her that you really do want to be extended, and when she says certain things, it is a huge turnon. Maybe it won't feel like some kind of real 24/7 domination lifestyle, but you have a much better chance of pulling it off.

One point on communication: It is usually best to talk about things under a variety of situations. Don't wait until you are about to have sex or something. We are not the most planned out people, but we've gotten bettter at talkng about things under various conditions---when we are turned on, when we are not, and at points in between.
0 x
Top

, I like that expression.
0 x
Tom Allen
The Edge of Vanilla
Mrs Edge Says
Top

Tom Allen wrote:"Go on a diet."

Thanks. I tend compare food and sex a lot. My wife tends to focus on the benefits too, if I am not always super kinky about it. Calling it a diet seems to work.


Ways diets and chastity are similar for me:

It is sometimes hard to get back on the wagon after falling off.

After a couple of weeks of doing it well, I won't ever regret it.

The support of a partner makes it a lot more successful and satisfying.

It's a process. You'll need different things at different times, but you generally want to head in the right direction.
0 x
Top 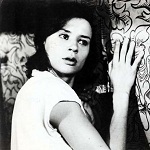 I know that one day I got an attitude with my KH for some silly reason when they wanted to be pleased. That quickly lead to a firm slap in the face and a brief lecture about my lack of gratitude and then was issued a time extension... I know earlier that getting an attitude was said to be a bad idea, but I know it worked for me. I wasn't even trying to get an extension, but it happened. Not sure what else I can offer on this issue though.
0 x
Top

Sounds like 9 out of 10 commentators agree: communication. However, one thing that was only briefly touched on is figuring out how she feels about the extended time. It took me a long time (we're talking months here) to get over the hump of society has always presented the success criteria for sex as "male partner has an orgasm." And probably longer to get over "I'm turned on but am I just being a bitch." If this is new, she might need reassurance that /you're/ comfortable with more time rather than to be bullied into topping by poor behavior.
0 x
Top
Post Reply
23 posts